"A friend cannot be considered a friend unless he is tested on three occasions: in time of need, behind your back and after your death." -- Hazrat Ali Ibn Abu-Talib 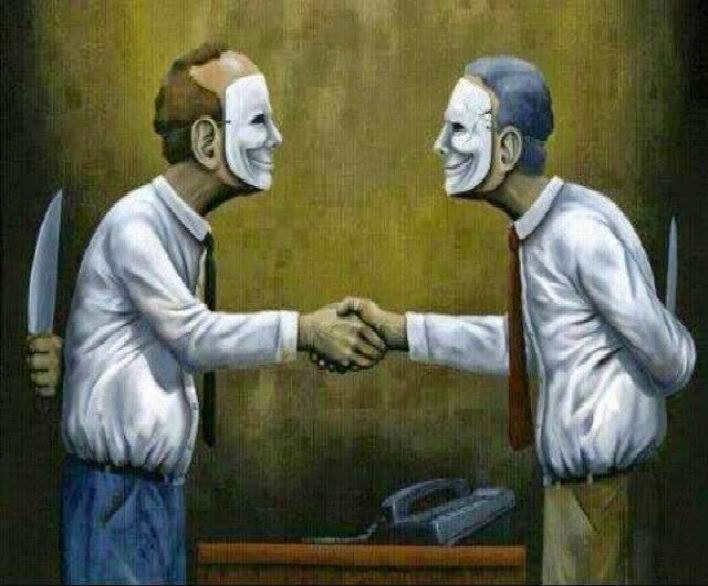 "Beauty may be skin deep, but 'ugly' is to the bone." Unknown 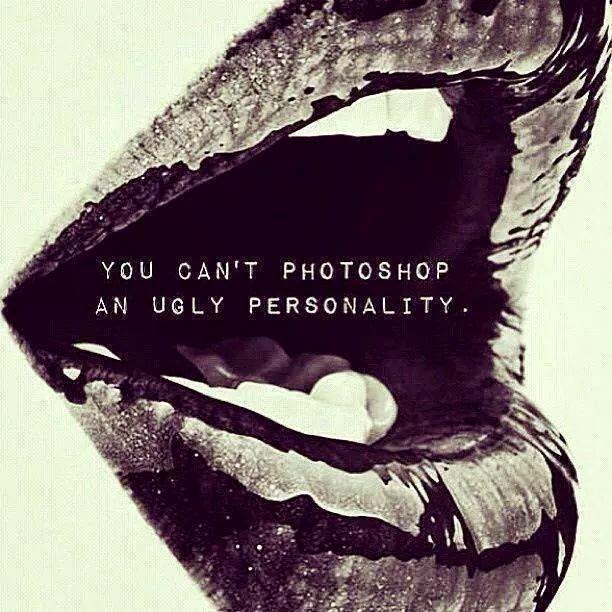 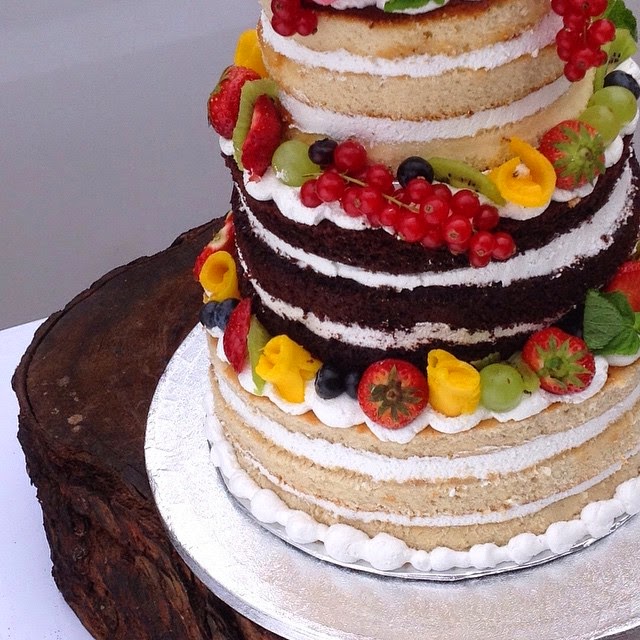 
Paulina says: I first heard about Mango and Wheat from 'Accra It girl' around October (I think) last year, and it was touted as a fab place to 'do' light lunch -if you know what she means. She's a perfect size '8'.

As the Sybaritic world becomes all about 'hyper' luxury fitness, all things 'avocado' and what-have-yous, the 'eat clean' -stay lean movement has hit Ghana, -and Mango and Wheat has become the-go place for said brigade of La Accra Metropolis.

Generously health conscious, serving the best brunch, salads, *sugar free* freshly squeezed juices, local cuisine --and fast becoming the number one caterers du jour --I would like to bring your attention to Mango and Wheat's other talent --its 'naked Cake' -uber yummy!!

Aesthetically va-va-voom, lovingly covered in fruits without the ubiquitous icing, thus low in calories and what-have-yous, -Mango and Wheat's *Naked Cake* is a must for all fashionable birthday parties (and may I suggest -elegant weddings)...

Paulina says: A few posts ago, --Ghana Rising Blog asked if Ghana was a cemetery ----and you know what, it's now appears to be heading in that direction, ----well if the latest errmm shenanigans coming out of our sweet Homeland Ghana are to be believed!!!

The past week has been crazy in Ghana. Not only are various brave celebrities daring to voice their displeasure at the on-going errrm lack of power and what-have-youss plaguing the nation, and the birthing of the ever infamous, 'hashtagDumsorMustStopNow' movement, --but the great land of gold, the former Gold Coast, has witnessed the errrmmm emergence of the sooo called, “Ghost Names” of Ghana's ruling leisure class (and their side bitches) being talked about publicly by none other..... than our present president (mercy. mercy me). Of course there will be those who will want to argue that the likes of Ghost Names (and things of that nature --note, government bungalows et al) were in existence way before the Nkrumah regime, ---but truth be known, things in Ghana have never been this bad or as corrupt -no????

It appears in the spirit of attempting to deal with Ghana's chronic corruption disease, ---the nation's President, John Dramani Mahama wants all those with sooo called fake and inflated payrolls with, "ghost names” across the public sector" to be, "be prosecuted." Can you Adam & Eve it? Wonders shall never cease!!!

I'm wondering.... bless my heart, --in my ignorance, with my very little education --who/whom will be set the task of investigating/implementing this here-lovely-IDEA!!!

Will they employ ---errrm outsiders, you know, people with no ties to the present Ghanaian government -say? Because, and its a huge BECAUSE, --I put it to you that every sector of every industry of every bull$%@t is corrupt in Ghana -and deep down every Mr and Mrs Mensah and their pet gorilla knows this -no?

Every and anyone purposely employed to assist in this-here-cleaning-up-ghost names IDEA will be well aware of what we call conflict-of-interest in NW London --no? Who/whom in present day Ghana has the bulls to give the present Ghanaian government a list of bulls*@t over inflated payrolls with "ghost names” when they are all in on the act? Note, Ghanaians are a lot of thingsssss but they are not stupid ---just a bunch of sleeping lions ------------not a stupid or a hopeless nation please!!!

To read more about deliberately inflated fake payroll systems and sooo called “ghost names” and what the present government of Ghana are proposing to do about it dot, dot, dot...... ---visit Citi FM via: http://citifmonline.com/2015/05/08/prosecute-creators-of-payroll-ghosts-mahama-orders/#sthash.37r4yKkp.nYCY2Dfp.dpbs
Posted by Fashion et al at 12:04 8 comments:

MY GENERATION
My generation is in a hurry.
We want everything now now now !
We want it to happen fast and right away or we'll make it happen
We want the glory, without the story....
We want to be stars, without the scars of discipline
We want the prize, without paying the price
We want the limelight without the wilderness experience
We want thrills and frills, with no substance
We want to be eulogized without being circumcised.
We are controlled by what we see and feel than the voice of the Spirit and the WORD
We want big platforms to perform, without first being transformed
We want huge success without going through the process
We want prosperity, with no posterity
We want to shine without being refined.
I have news for you. Things don't just happen. There is something called the path of life. A way of glory. You can only achieve great success if you spend more time with God and pay serious attention to HIS voice and directions.

Words of wisdom: My Generation by Agbani Darego (Nigeria)
Posted by Fashion et al at 10:11 9 comments: 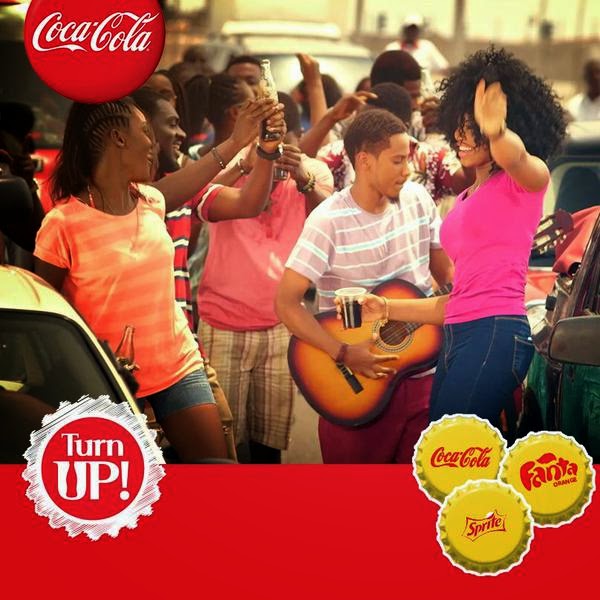 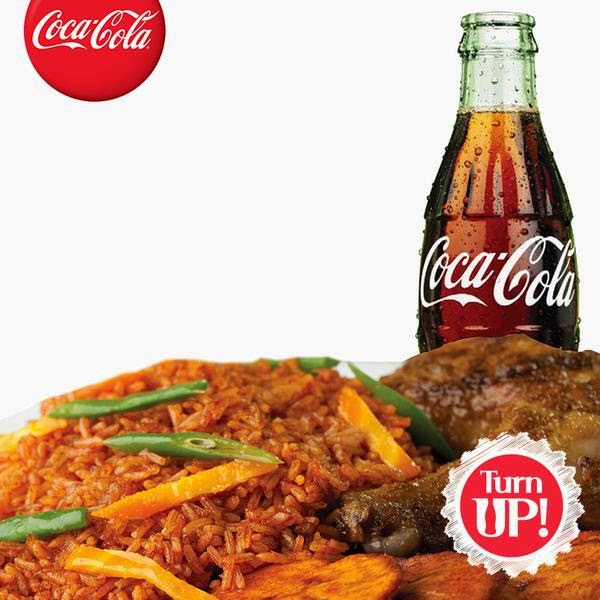 Paulina says: As someone struggling with her weight and trying her hardest to bring up her little man in a healthy and balanced way, celebrating Coca-Cola is the furthest from my mind; but since mainstream [world] discovered and fell in love with the ever young billionaire, Warren Buffett, and his ways, -Coca-Cola ---hmmmmm has become sexy (mercy). And as always --not to be left out, we Ghanaians are following suit, and have found a serious new love for the stuff!!!

The thing is -----its not that I mind this new LOVE for Coca-Cola, only........I'm having real issues with the fact that unlike Westerners -say, lovers of the dark stuff in Ghana (Africa) tend to drink the full-fat version as we say in NW London!!!

Also, if you look at The Company's adverts in Ghana (Africa), you never ever see the "sugar free" variety and I think this is bad.. Its sooo important, I feel, to give the people a choice...

A week ago, I heard news of a very popular London based former DJ turned shop keeper who was dead for days before his body was discovered.. I'll call him Sammy K... This lovely man had battled with diabetes for years, --and as someone who meet him years ago in his DJing days, --can attest that even though he was very slim, he was probably not very health conscious...

Another brother I heard about recently is another former DJ --who, bless him --has now had to have both his legs amputated ---also, due to diabetes!!!

Please note, ........I'm not saying that Coca-Cola caused the aforementioned Ghana born DJ's to suffer from diabetes, --but I feel that they are just the tip of the iceberg in terms of the amount of Ghanaians living with/ known or unknown with diabetes!!!

Note also that I too love an occasional bottle of Coca-Cola at a party -say, but lets make it very clear ---- I would only ever drink the *Sugar Free* version...... Thus, I'm imploring Team Coca-Cola, who are, "the world’s largest beverage company" to really push their *Sugar Free* drinks in Ghana as Ghana/Ghanaians are not up-to-speed on the epidemic that is diabetes.

Ohhhh..... before I'm inundated with emails telling me --the real reason Warren Buffett is sometimes photographed with a bottle of Coke is because he has stocks and shares in said company.... I already know Maame -relax, small.... Chill out.

Soooooooo ---to Team Coca-Cola, as you becomes more popular than Ghanaian local Fanta in the great GH, -Ghana Rising blog would like to ask you to push your *Sugar Free* drinks --more, or as is now also popular in London (but starting to wane), --introduce the Ghanaian public to your new Coca-Cola Life (green bottle) with its lower calories -made with vegetable extracts -and sweetened with natural sources ( a bit of sugar and Steviol) -thanks.

For more info about The Company in Ghana -visit: http://www.coca-cola.com.gh/pages/landing/index.html
https://twitter.com/Cocacola_GH
https://instagram.com/cocacola_gh/
Posted by Fashion et al at 05:47 67 comments: