"DUMSOR‬ is like that underground rapper who you would see playing the smaller venues from time to time back in the day grinding hard to get noticed. His music was ok but you didn't mind because he performed so infrequently you never expected him to amount to shi*t. Now he's gone commercial, gotten a deal with a big label and is like Iggy Azalea; ubiquitous and unwanted but with a famous and "talented" hypeman." Sefa N (Accra)

"We all have animals in us. If you don't contain it, it can escape and create irreparable damage to you," Kweku Baako Jnr 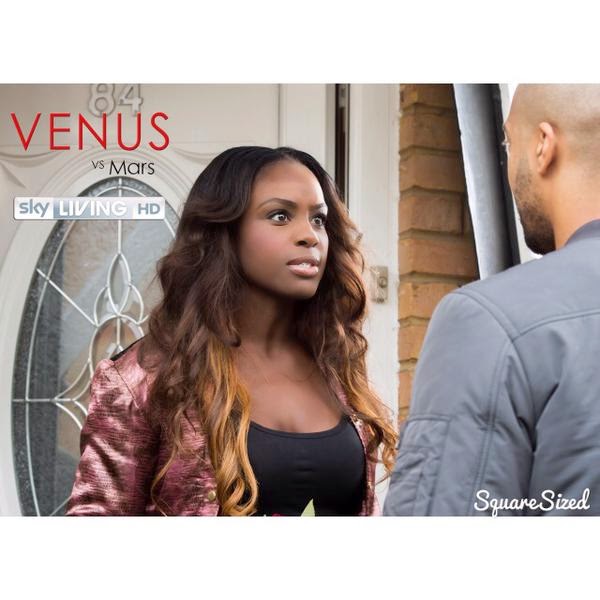 Vanessa Vanderpuye as Shakira on Venus Vs Mars

Paulina says: You know when you meet someone and you get good vibes, well I always get good vibes when I meet the ever gorgeous actress and model, Vanessa Vanderpuye!!!

Humble and beautiful inside and out, --I've always had a feeling Vanessa who plays Shakira on Venus Vs Mars was going to make it --in one form or another -and she has -Amen!!

Thus, a very big warm congratulations to this Ghana Rising fave, ---who, alongside the cast of Venus Vs Mars, have arisen from obscurity, mainly --being viewed by loyal fans online to big time stuntin (omgoodness I promised I'd never use that word and I have -mercy) on Sky Living (107) every Thursdays at 11pm (no mean feat for a niche 'black'/urban drama)!!!!
Soooo remember.......don't forget to tune into Sky Living on 107 or Sky Living HD on 230 this Thursday at 11pm to watch our girl Vanessa... Ghana Rising Blog wishes Vanessa Vanderpuye all her hearts desires and more success. We are proud of you. x  To keep up with Vanessa Vanderpuye, visit her Twitter page via: https://twitter.com/VVBrownskin 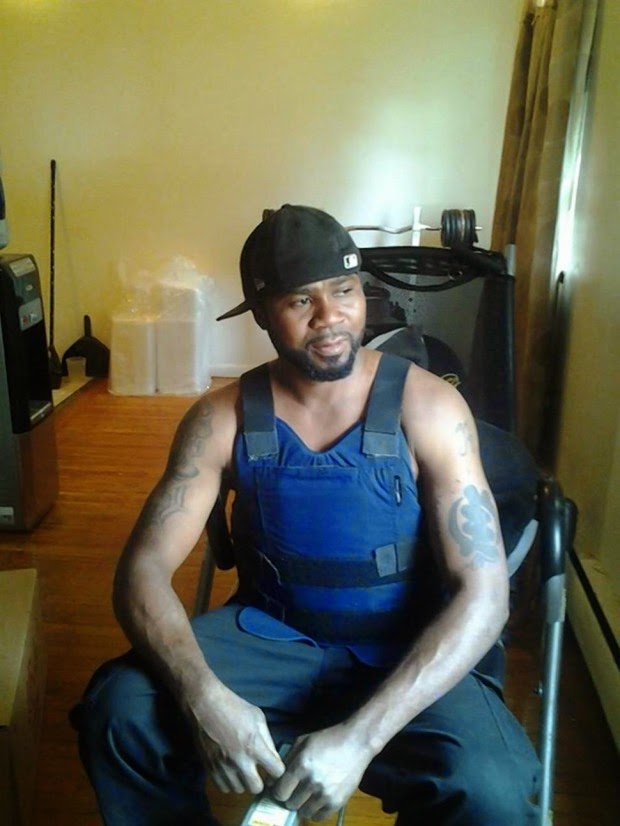 It’s easy to miss sometimes because we’re living through it and it’s all we know, but society is undergoing historic changes in an extremely short amount of time because of the advent of the internet. Everything about the internet seems weird and strange, because it’s all so new. But, these barriers need to be broken and new norms created to fit the changed world we live in, one awkward transition at a time.

What I’m saying is, you can now serve divorce papers using Facebook.

That’s the precedent being set in a Manhattan court ruling to help a woman get a divorce from her very hard to find husband. According to a Daily News report, 26-year-old Ellanora Baidoo of Brooklyn has been seeking a divorce from her husband, whom she married in a civil ceremony in 2009. After he reneged on the promise of a follow-up traditional Ghanaian wedding ceremony, the two fell out, and their communications were apparently limited to phone and online interactions. Like, say, Facebook.

That made it tough to serve divorce papers, because you can’t serve someone you can’t find—until now, that is. After her husband left his apartment in 2011, there’s been no official address on record, and Baidoo had no idea where to actually find the guy. But, she did have his Facebook account, and now that’s enough. Manhattan Supreme Court Justice Matthew Cooper decided that divorce papers can be served using Facebook Messenger, which Baidoo’s lawyer wasted little time in doing.

No word on whether or not Facebook’s “seen by” confirmations will play a role, but you have to figure that’s the next logical step forward. And, it’s just one more reminder that if you’re going to try to go dark, staying on Facebook definitely isn’t going to help you.


Paulina says: Hmmmmmm don't let anyone tell yaaaa that we Ghanaians are not always at the very forefront, at the very cutting edge of news/innovation/ and other errrmm stuff (mercy)!!!

Can you Adam-and-Eve it? I really feel for our sister, nurse Ellanora Baidoo -don't you?

She really tried paaaa ---to get hold of that man, her soon-to-be ex husband Victor Sena BLOOD-Dzraku -didn't she hmmm?

Anyway, I'm guessing this is the future of divorce and everything else, social media (mercy)!!!!

Still........good luck to nurse Ellanora Baidoo, may she get all her hearts desires -and may we all learn from this story ---stay away from Ghanaian men called BLOOD.  To read more about this innovative story visit: http://www.nydailynews.com/new-york/brooklyn/exclusive-woman-facebook-serve-divorce-papers-article-1.2174577 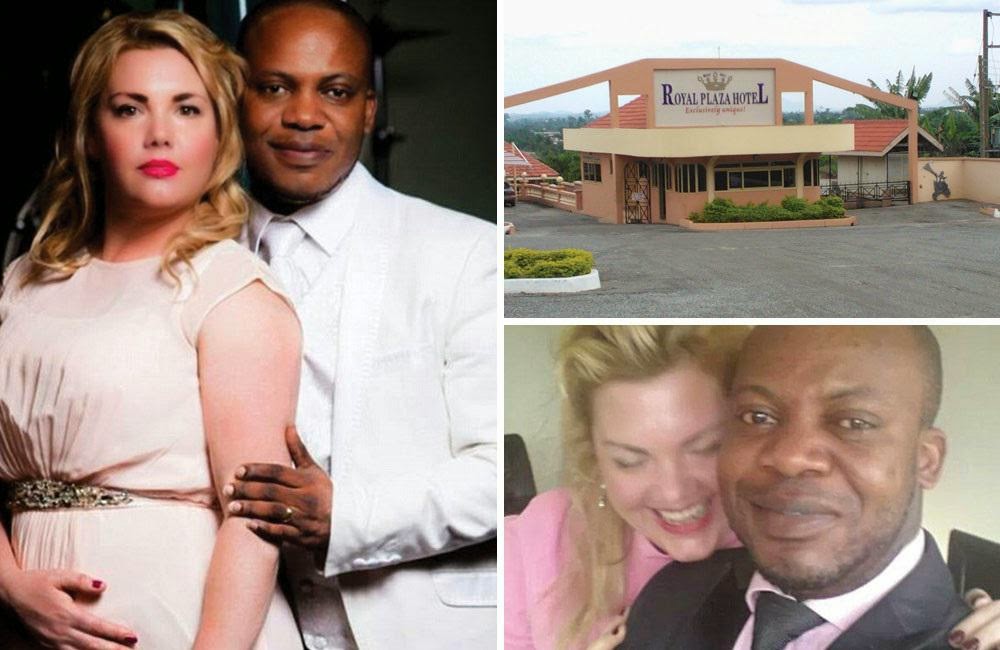 Charmaine and her husband Eric Isaiah Adusah had attended a church programme in the west African nation's city of Koforidua then decided to stay on in the country to enjoy some time together.....

**A pregnant British pastor was found dead in a hotel bathroom in Ghana - and her Christian leader husband has reportedly been arrested for murder.

Charmaine Adusah, 41, and her husband Eric Isaiah Adusah, 28, the head pastor at the Tottenham, north London, branch of Global Light Revival Ministries, had attended a church programme in the west African nation's city of Koforidua.

Adusah stayed at a guest house, while his wife stayed with host pastor, Bishop Yaw Adu. After the religious event, the couple decided to enjoy some time together before returning to the UK.

Daily Guide Ghana reported the couple had a disagreement about how long they should stay in Ghana - Charmaine wanted to spend a month there, while her husband argued that was far too long.
The couple checked into the Royal Mac Dic Hotel on Monday March 16 for five days, according to police.

The next day, Adusah claimed he had other engagements back in the UK and left the hotel at the dawn.

He reportedly told the front desk that his wife, originally from Arbroath in Scotland, did not want to be disturbed and staff should only respond to her if she requested something.

After three days hotel staff became worried and used a spare key to get in the room.

There they found the three months pregnant woman, allegedly in the bathtub, who was described as "lying prostrate with a white towel wrapped around her, almost in a decomposed state," according to the paper.

It was claimed Adusah was arrested on suspicion of murder, but this has yet to be confirmed.

She has an eight-year-old son from a previous relationship in Wales.

He is staying with his father, a British man, reports the Mail on Sunday. Global Light Revival Ministries did not wish to comment.

A statement on their website reads: "Global Light Revival Ministry regret to announce the passing away of our 1st Lady Charmaine Isaiah Adusah.

"The Ministry express our deepest sympathy to our Prophet Eric Isaiah and the Speirs family and stand with them in prayer at this time. Thank you. God Bless."

Global Light Revival Church describes itself on its website as a growing international, multi-cultural church.

A Foreign Office spokesman said: "We can confirm the death of a British national in Ghana. Mr Adusah has not requested consular assistance."

Paulina says: My goodness.. Rest in Perfect Peace Charmaine Adusah!!!!  I think we've all heard something about this tragic story --but I was waiting for more info to come to light before sharing --and it has --and globally (can you imagine--hmmm)!!!

You know.....dot, dot, dot..........it never ceases to amaze me how easy it is for folk to wake-up, jump out of trees and become/call themselves -Prophet or Bishop or whatever ----can you imagine -the devil is a liar!!!

I'm still waiting for the full truth, but in the mean time -----I want to discuss this 28 year age thingy, and that desperate need by some in our community to get-a-stay-in-England-by-any-means- necessary!!!!!

When did it become alright for God fearing people to start changing their age/name/status/sexual orientation et al to get a STAY in Great Britain????

When did it become acceptable for God fearing people to start marrying whomever/whatever to get a STAY in Britain?

Alongside some of our *own* pretending to be single (while living in the same house as their spouse) to gain housing and other benefits in the UK, -folk falsifying their age/name/status/sexual orientation  and marrying under false pretences (especially if the spouse-to-be is genuinely in LOVE) just to gain entry/stay in the UK ---is out and out wrong/sin, and this is something our community should be addressing!!!!

It can never be right to have enough faith to produce ***the fruit of the womb -say, but somehow ---you just can't muster up enough FAITH to trust God enough to give you a STAY in the UK without committing a crime --because that is what it is, it is a crime!!!

**If you gain a STAY in the UK under false pretences --it is a crime and as such, its punishable --if not on planet earth then else where!!!!


Now its not that I'm without compassion ---or because I was blessed(???) enough to be born here in Great Britain (not that being born elsewhere is not also a blessing --you hear) --because I have plenty of compassion.
Only, I respect the country of my birth and truly believe that if its God's will for you to be in England or Wales or wherever --he will make a way, plus I truly believe you must respect the law of every Sovereign country --and "Render unto Caesar the things which are Caesar's; and unto God the things that are God's."

Anyway I waffle on hmmm...but I really pray that the truth prevails and that TRUE justice is served ---because as all regular readers of La Ghana Rising Blog will attest, --our sweet homeland Ghana like the rest of Africa --has its very OWN version of the truth... And there are times when MONEY can talk ---and somehow corrupt the REAL truth, thus, affect the outcome!!!

My prayers go out to the family of Charmaine Adusah, God bless you all... May they get the truth and justice -IJN Amen...