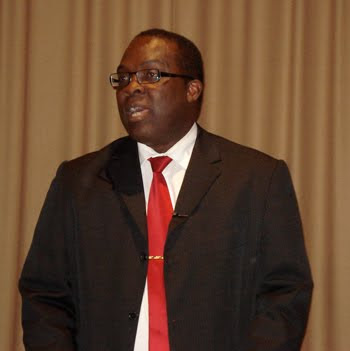 
He is a member of the University of Stockholm board. He has also served as an Independent Expert for the United Nations Human Rights Council, Working Group of Experts on People of African Descent.

Frans is the founder and CEO of Next Generation Africa and NGA Novum AB. He is the Chairperson of Forumsyd and a member of the Swedish National Police Board. He has served as Senior Political Advisor to the Deputy Mayor of Stockholm and as Press Secretary to the Mayor of Stockholm.

He has also served as a member of the Swedish Parliament 2002-2006. In the Parlament he served on Committee on Justice and European Union Committee. When the Social Democratic Party lost power in 2006, Frans lost his seat in Parlament.

Frans has a diploma in Communications and has been the producer of the TV-show Sweden Today. He has also been CEO of Sweden Now AB and Skandinavisk Video Teknik AB, companies trading TV-broadcast rights. Frans initiated the Swedish Martin Luther King award in 2005. [Credit: http://en.wikipedia.org/wiki/Joe_Frans_(Politician)]
Posted by Fashion et al at 05:46