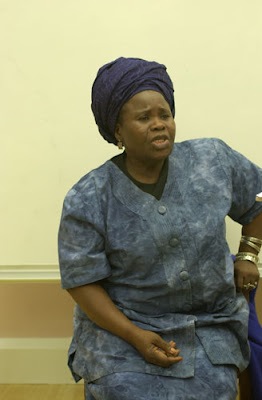 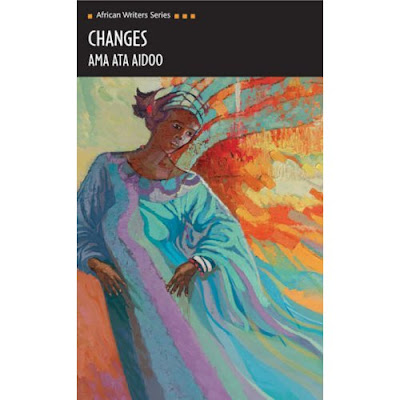 “I believe that although the human imagination is boundless, it can only ride on the realities of our individual lives. We dream out of who we are and something of our tangible lives is bound to be part of our writing.. depending on what we are writing about. I can say that there is a lot of me and my life in my first novel. I suspect that, on the obvious level, there isn't very much of me in Changes, and yet I'm also keenly aware that that can only be true on the most facile level, because I believe that we are in what we write, we are part of what it is goes into our writing.” Ama Ata Aidoo

A living legend, a single mother, a much loved author and playwright, an accomplished poet, professor and a champion of women's rights -Ama Ata Aidoo is an incredible pioneer. Born into a prominent fanti royal family, Ama produced her first play in 1964 and went on to become Minister of Education in January 1982 (but resigned, 18 months later -when she realized that, her aimed to make 'education free for all' in Ghana -could never be achieved). After her stint as Minister of Education she moved to Zimbabwe to become a full-time writer.
Many books later (Ama's work of fiction deals with the -relationship and tension between Western and African world views and -many of her protagonists are women, who defy the stereotypical women's roles and society's definition of them. She has also written several children's books) and many literary awards (including the 1992 Commonwealth Writers Prize for Best Book (Africa) for Changes), -Ama has now returned to live in Ghana, where she runs a writing workshop and continues to be a visiting Professor in the African Studies Department at Brown University.
The following publications by Ama Ata Aidoo, can be bought from Amazon; -The Dilemma of a Ghost (1965), Anowa (play) (1970, Longman International Education), No Sweetness Here (1970), Our Sister Killjoy; or Reflections from a black-eyed squint (1977, Longman), Someone talking to sometime (1985), The Eagle and the chicken (1986), Birds and other poems (1987), Changes (1991, Longman), The Girl who can and other stories (1999) -http://www.amazon.co.uk/
Posted by Fashion et al at 12:48