Blast From The Past: Africa's Presidential Bank Accounts 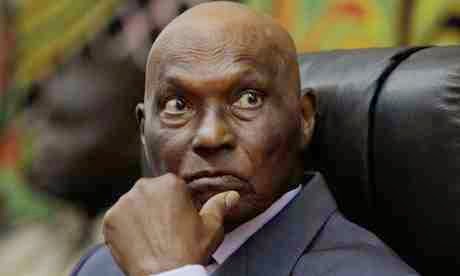 Abdoulaye Wade, the former president of Senegal, whose son is accused of illicit enrichment.

Monaco authorities co-operating with Senegalese prosecution of Karim Wade for alleged illicit enrichment ---Dated:Friday 13 September 2013  By: Afua Hirsch
The son of Senegal's former president deposited more than £127m at a bank in Monaco while his father was in office, it has emerged.

Authorities in Monaco said Karim Wade placed the money in accounts at the Julius Baer bank between 2002 and 2013. They are co-operating with Senegalese officials who are prosecuting Wade on charges of illicit enrichment following a months-long investigation into how he amassed a fortune of more than $1.3bn during the period when his father, Abdoulaye Wade, was president.

Funds held in at least 24 active bank accounts have been linked to 50 companies that Wade is alleged to have used to siphon off state funds. This summer Wade's accounts at the French bank Société Générale were frozen at the request of Senegal's current president, Macky Sall, who vowed to clamp down on corruption after being elected last year.

A widely despised figure during his father's presidency, Wade held powerful ministerial positions including being in charge of major infrastructure and energy projects. At one point he controlled up to a third of the national budget, leading to him being dubbed "the minister of the earth and the sky".
Wade, 44, denies the charges, and this week several dozen supporters staged a demonstration as he appeared in court. The former ruling Senegalese Democratic party (PDS) has accused Sall's regime of conducting a witch-hunt against the PDS hierarchy.

Bachirou Diawara, Wade's former chief of staff, said: "The Senegalese are witnesses that [the prosecutors] are unable to provide evidence of the guilt of our brother Karim Wade. It is stubbornness, nothing more, nothing less." He called for human rights organisations to "restore justice and the rule of law in the country".

Paulina says: Only westerners wonder why Africa is poor... most Africans already know!!!!


"The wicked vomit up the wealth they stole. God takes it back even out of their stomachs." Job 20:15