An old-fashioned crisis shows that the continent’s economic miracle needs nurturing
The world has become used to the idea of Africa being on the march. In the past decade, after two decades of stagnation, the continent’s economy has nearly doubled in size on a per-capita basis, thanks to a virtuous circle of strong economic growth – helped by high commodities prices and Chinese-funded infrastructure investments – as well as better governance.


And few countries typify the “Africa rising” story better than Ghana, the west African nation famous for its gold and cocoa, and most recently oil.
Some of the gilt came off the Ghanaian miracle last weekend. The government announced that it was seeking talks with the International Monetary Fund about an assistance programme.


Ghana’s malaise has an old-fashioned feel. The government anticipated too much revenue from its recently found oil reserves and overspent. The money was used not on infrastructure and education that would lift long-term potential growth. It was frittered away paying higher salaries to civil servants.

It is a classic example of mismanagement, and one that demonstrates that while progress has been real, strong and widespread in Africa, there remain plenty of traditional fragilities. Investors need a cautious approach to the “rising” mantra.

Public-sector pay accounted last year for nearly 65 per cent of Ghana’s total tax revenue after the public wage bill jumped roughly 75 per cent over two and a half years. Revenues have not kept pace, jacking up the fiscal deficit, which last year it hit more than 10 per cent of gross domestic product.

Interest rates have soared and the currency, the cedi, has plunged nearly 40 per cent this year, making it the world’s worst-performing currency ahead even of the Ukrainian hryvnia and the Syrian pound.

Ghana is the second country in Africa to seek talks with the IMF for emergency support. It is unlikely to be the last. After a rosy decade, the continent is having to adapt to lower Chinese growth and hence weaker commodity prices. Africa is still home to some of the fastest-growing economies in the world. For example, Ethiopia has transformed in 20 years from a famine-ravaged nation into a destination for savvy and well-known private equity groups such as KKR.

But a combination of lower commodity prices, strikes, reform fatigue and conflict in Nigeria, South Africa and Kenya, have put a brake on the expansion. The IMF forecast that sub-Saharan Africa will grow this year by 5.8 per cent is a quick rate by any standard but not the magic annual 7 per cent that guarantees doubling the size of the economy every decade.

It is not all bad news. Ghana’s response to its setback is encouraging. The country has implemented many politically difficult measures to rein in spending, including a freeze of public sector salaries and hiring, an increase in value added tax rates and subsidy cuts. A full-blown IMF bailout should not be necessary. That is a far cry from the sort of crises African countries experienced in the 1980s and 1990s.

For African leaders, the lessons of Ghana and Zambia are clear: the miracle needs nurturing. Even after years of strong growth, Africa should be cautious about taking on debt, and careful about expenditure. African governments – and particularly Nigeria – need to broaden their tiny tax bases and improve collection rather than raising rates.

For investors, the lessons are no less striking. The African story may be strong but they need to be selective. Economies will overheat occasionally and suffer growing pains. Flare-ups are inevitable in a continent of 54 states. But just as the 1997 crisis did not derail Asia’s rise, neither Ghana’s crisis nor the one in Zambia can stop the continent’s steady advance. 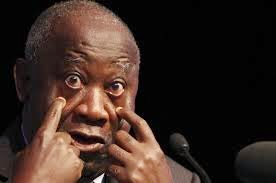