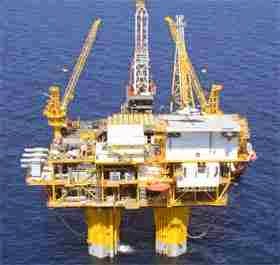 …It Is Simply Messy
Even before the Government manages to pull itself out of the Miura Petroleum block scandal with all the ‘forged’ signatures, another scandal in the oil industry has popped up and this time round it is even messier.

An oil company by name Pan Andean Resources Limited is getting ready to take on the Ghana Government for breach of contract.

Indeed the company procured an Accra High Court injunction on March 27, 2014, to stay any further action on a license proposal that the Ghana Parliament is alleged to have approved in favor of Camac Energy Ghana Limited.

But reports reaching us say that Ghana Government and Camac Energy appear to have ignored the High Court Injunction and are proceeding with more actions on the transaction. On May 16, 2014 Camac Energy announced its new Petroleum Agreement with Ghana Government, proclaiming its acquisition of 1508 square kilometers of acreage water on the Tano block.

Pan Andean Resources contends that it signed a Petroleum Agreement with the Ghana Government for 1,532km2 onshore/shallow offshore on the Tano 2A block. The company says it is actually the second time it had signed the Petroleum Agreement on the same block because an earlier one they singed in 2008 was revised after the new Government took over.

Pan Andean says since 2010 it has invested Two Million Pounds in purchasing seismic and other data from GNPC and worked up leads and prospects on the Block. Unfortunately however on or about the 21st of March 2014, the Ministry of Energy submitted to Ghana’s Parliament a license proposal to take some portion of that same block (Tano 2A) and grant it to Camac Energy Ghana Limited and the proposal was approved.

It says what is intriguing is that on March 26, 2014 Camac Energy which is listed on the New York Stock Exchange (NYSE) announced that it had acquired “60 per cent interest” in a new Ghanaian Oil Block but on April 22, 2014 Camac Energy again announced that it actually owned only 30 per cent of the new block and that the rest of the shares are held by a subsidiary of the company but did not mention the shareholders or where the subsidiary is based.

Pan Andean Resources Limited says this purported action by the Ghana Government is clearly in breach of their existing Petroleum Agreement which remains valid as confirmed by correspondence from the Ministry of Energy dated March 4, 2014 and dispatched by the Ministry of Energy to Pan Andean Resources Limited on March 27, 2014.

As a result of these actions by the Ministry of Energy and the GNPC a writ was submitted on March 27, 2014 and an interlocutory injunction was put in place as of April 7, 2014 against GNPC and the Ghana Government.

Pan Andean Resources say they are deeply concerned not only for their own shareholders but also for the betterment of Ghana as this process has clearly breached all levels of transparency, accountability, rule of law that Ghana espouses to.


Paulina says: Has Ghana's errrmmmm government (????) forgotten that the world is watching them? The going's on in Ghana is beyond shameful ---and discouraging.