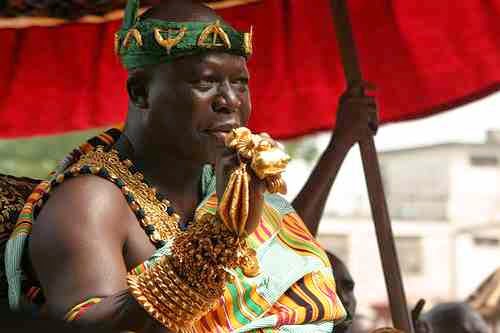 Title: The 5 Richest Kings In Africa


Africa may be full of democratically governed countries, but it is still the land of many kings. Sure, there are only three African countries with constitutional monarchies – Morocco, Swaziland and Lesotho — but there are several hundred traditional monarchs dispersed across Africa in urban, semi-urban and rural communities in independent countries. Mostly, these monarchs wield little or no formal political power, but they fulfil spiritual and ceremonial obligations to members of their community.

Being a traditional monarch in Africa can be a lucrative affair. A significant number of these rulers are formally recognized by state institutions and as a consequence, many of them receive generous stipends and allowances from the government. For example, King Goodwill Zwelithini kaBhekuzulu, the traditional King of the Zulu people, South Africa’s largest ethnic tribe, receives an annual allowance of about $6 million to cater to the needs of his royal household. He also gets to enjoy other perks like frequent private air travel and keeps an exotic collection of automobiles, all paid for by South Africa’s taxpayers.

Many African monarchs also earn a significant income through the goodwill and generosity of their communities. It is not uncommon for wealthy members of a tribe or community to give substantial sums of money, cars, land or houses to their traditional Kings in return for spiritual blessings or unrelated favors. And since these traditional monarchs may wield significant influence in political circles, some of them get invited join boards of large corporations. Obi Nnaemeka Achebe, the Obi (King) of Onitsha, a mid-sized commercial town in Nigeria’s southeastern region, serves as the Non-Executive Chairman of Unilever Nigeria, a large publicly-listed manufacturer of consumer goods, and he previously served as Chairman of Diamond Bank, a leading Nigerian commercial bank. Oba Adedotun Gbadebo, who is the Alake (King) of Egbaland, a clan of Yoruba-speaking people in Nigeria, is the Chairman of Oando, a large Nigerian energy company.

Some of these rulers control large fortunes. Some have built their fortunes from scratch by starting successful enterprises and shrewdly reinvesting their profits into a diverse range of business concerns. Others have simply had wealth transferred to them by their forefathers.

Who are the wealthiest Kings in Africa? I spent quite a bit of time trying to find out.  In doing the research for this list, I excluded wealth held or controlled by rulers in trust for their nation or territory. Meet the 5 richest Kings in Africa.

Otumfuo Osei Tutu II is the King of Ghana’s gold-rich Ashanti kingdom, home to the country’s largest ethnic group, the Asantes. He ascended the throne in 1999 and serves as the political and spiritual head of the Asante people. After studying in the United Kingdom, Osei Tutu II worked briefly in private and public organizations in the United Kingdom and Canada before returning to Ghana in 1989 to set up Transpomech Ghana, a $12 million (sales) company that provides mining equipment to several large industrial companies in Ghana. The King also owns extensive real estate in Ghana and South Africa as well as a collection of valuable gold crown jewels.

Paulina says: Once again Ghanaian subtlety has won and the truth remains hidden from the world!!!

Just finished reading the above piece and I'm left wondering ----who are they talking about??? Surly they're not talking about the enterprising friend of late president Gaddafi or the new BFF of uber gold miner turned politician, Bernard Antwi Boasiako?????

If Forbes are in-deed-y talking about King Otumfo Osei Tutu II, the Asantehene of the Ashanti world, then I thinks said figure is -uber conservative don't you?

Anywayssss, I've dropped a hint to Forbes above --but really, Forbes needs to give up on Ghanaian this and thats --because they will never find them!!!! Ghanaians simply don't talk or celebrate wealth the way other African nations do!!!  Because....... even though Ghanaians enjoy all the fine trappings of wealth, they would rather die than let you see it, apparently its far toooooooooo vulgar for the former British colony.

Nope, Ghanaians would rather make several trips a year to the likes of Dubai, London, NYC and (now) Paris to spend Ghana's GDP...sorry, their 'own' monies then drag 10 or 15 shopping bags around Marina Mall, Accra.

!Why don't they spend their monies back home in Ghana -you ask? You mean to boost Ghana's failing economy -say??? Why should they? They are rich and rich people do rich people thingssss -don't ya know???